One of the Old Guard Officials and Coaches that maintained the integrity and good name of wrestling in Maine and across the country.


Started wrestling programs at Bergenfield, New Jersey, High School and at Winslow(ME) High School and assisted other schools in starting their programs through exchanges, clinics, school assemblies, and demonstrations. 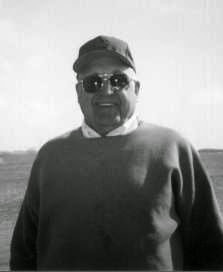 Charter member and president of the MIWOA for 16 years.


Officiated wrestling for 27 years including 17 years as a member of the New England Intercollegiate Wrestling Officials Association.


Served as wrestling officials liaison to the then MSSPA.

Established the Friendship Series Cultural Exchange Program with the State of Nebraska and directed it for ten years.


Have acted as liaison with the AAU international programs hosting the Soviet National Team, Polish, Austrian and Dutch teams and served as team leader on Maine’s AAU Cultural Exchange to Germany, Austria and Switzerland.


Inducted into the Maine Wrestling Hall of Fame in 1994

Member of MAWA and MAWA Board of Directors

The aforementioned statement barely scratches the surface in trying to extend appreciation to Wallace LaFountain who has dedicated over seven decades to help promote the world's oldest sport.It's through LaFountain' unrenting efforts that has provided a stage for thousands of Maine student-athletes to enjoy competing.

LaFountain regrettably completed  final official act at the Maine Amateur Wrestling Alliance banquet in July.The countless stories of past events was a history lesson of wrestling in the Pine Tree state.
LaFountain has worn every tag imaginable over time and there was simply no task to big or to small that  wasn't willing to take on and then it would be done correctly.

LaFountain, who was inducted into the MAWA HOF in 1994, had initially arrived in Maine after having started a wrestling program at Bergenfield High School in New Jersey.In 1958, created a program at Winslow H.S. and assisted other schools in starting their programs through exchanges, clinics, school assemblies, and demonstrations.
"I had two year and four year (coaching) stints at Winslow," LaFountain said.

LaFountain had utilized the light in order to correctly call pins, amid the shadows illumined under the mat light.Three years ago, LaFountain was presented with a replacement light and graciously accepted it

Always with a smile, Wally still had firm opinions and high standards, you knew where  was coming from."
LaFountain was always on the look out to increase the visibility of wrestling and in the 1970s, together with the late Gary Kent, those exhaustive efforts really paid off. acted as liaison with the AAU international programs and between 1974-77, Maine hosted the Soviet National Team, Polish, Austrian and Dutch.

"No one has done more over a longer period of time for Maine wrestling, than Wally," Perkins said.

Wally is symbolic of what is good about high school wrestling in Maine today."
The momentum of the Friendship Series remained on the back burner for several years, however, things changed dramatically in 1984. LaFountain and Mick Pierce of Nebraska both served on the National Federation of High Schools Wrestling Rules Committee.

LaFountain was the Maine team leader of the FS for the first 10 years and together with  wife Audrey were integral parts of the exchange.Unfortunately, Audrey passed away in June.
"Of course Ihange has lasted for 20 years," LaFountainsaid." It's a popular program both here and in Nebraska.It's been a super extension for opportunities for Maine wrestlers.

LaFountain clearly is one of the old guard officials and coaches that maintained the integrity and good name of wrestling in Maine and across the country.
Posted by MAWA at 7/31/1994 02:24:00 PM
Email ThisBlogThis!Share to TwitterShare to FacebookShare to Pinterest
Newer Posts Older Posts Home
Subscribe to: Posts (Atom)