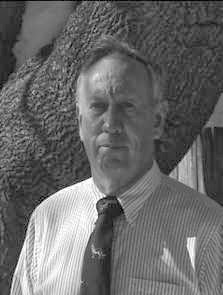 Coach and official, Coach Smith was the key link to our historical accounts of Maine wrestling. Coach Smith is known for his detailed accounts of historical moments and has provided a sample of his writing for the MAWA HISTORY of Maine Wrestling. Former MAWA member and retired teacher. Coached several state champs and all-Americans Came to Maine from Long Island. Has coached at Gardiner for 15 years and official for 10 years.  In 1967 Coach Smith started the wrestling program in Gardiner. In those times, the wrestling mat consisted of loose mats tied together with rope and covered with a mat cover made of canvas. In the next year as a full varsity squad, a wrestling mat was purchased. Coach Smith was a very good technician teaching his young wrestlers the latest moves and was forever seeking new and better ways by working on the mats with other coaches  all the while learning. Coach Smith lead the way on many fronts on Maine wrestling and started the oldest wrestling tournament in Maine called the Tiger Tourney. After leaving coaching, Coach Smith returned to the mat and officiated for many years. His highest point was being selected to work the floor as an official in the NCAA D-I National Tournament. Coach Smith is a traditionalist and has maintained the complete history of Maine wrestling and has documented its history. He is a past Secretary of the MAWA Board and serves in an advisory role.
Posted by MAWA at 5/01/1994 02:37:00 PM
Email ThisBlogThis!Share to TwitterShare to FacebookShare to Pinterest
Newer Posts Older Posts Home
Subscribe to: Posts (Atom)